Twitter offers a great platform for receiving instant, concise messages. This means that it is useful on a wide range of subjects. People typically use it for staying up to date with current trends and debates. 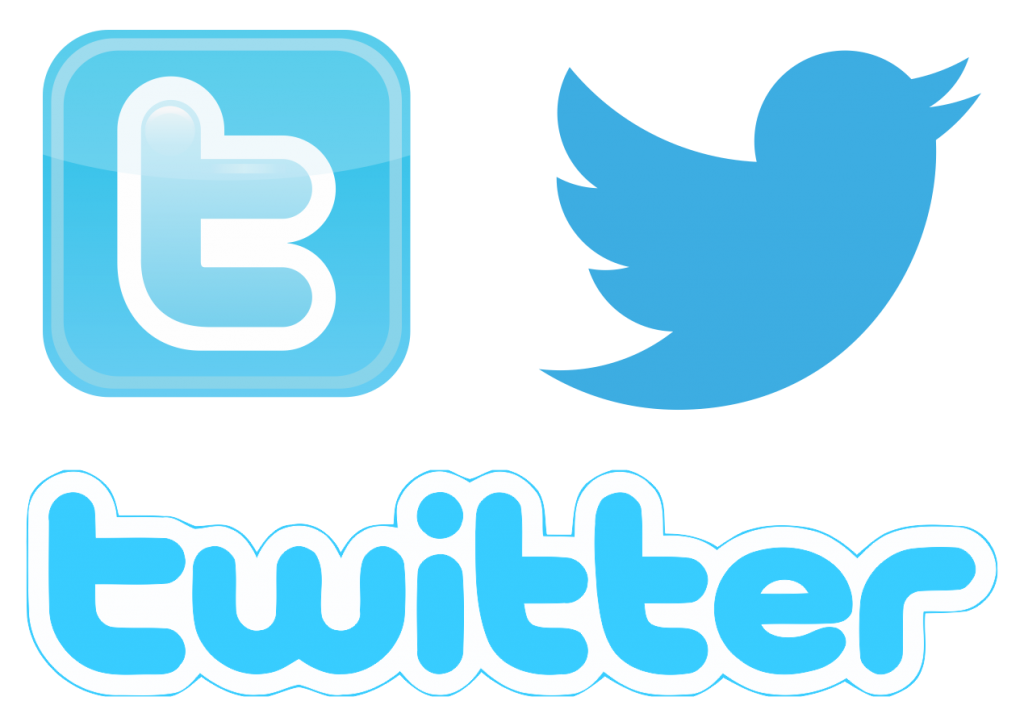 What about sports tipsters, though? You might have already seen a few of them using this platform. Twitter also gives you a way of following them too. The speed and the short nature of tweets certainly make this a suitable medium.

The fact that many offer free information is also important. You can find free tips that let you bet without subscribing to a paid service. This gives you flexibility to move between Twitter tipsters as you see fit, too.

However, it is important to be aware that not all Twitter tipsters are reliable. There are many on here that you should steer clear of. Therefore, you might like to see which of the following recommended tipsters suit you best.

We can start with some horse racing tipsters on Twitter. After that, we will move on to look at some tipsters who advise on football matches. Before that, let’s see why I suggest avoiding some types of tipping service on Twitter.

There are lots of poor tipsters out there. Many of them are simply scam artists. Others are just not as good at predicting outcomes as you want them to be. You can’t just rely on any account because it looks professional.

These tipsters also include bookie affiliates sites who just encourage you to place more bets. This is the type of account to avoid. They are just interested in getting you to sign up with a certain bookie. You might get some wins from them. But you are unlikely to receive the best advice overall.

You can spot an affiliate account pretty easily. They will always give tips based on odds from a certain bookie or two. All they are really interested in is earning commission from that bookie.

Others are newcomers with no valuable information to pass on. They might have good intentions. However, a serious tipster needs to have a lot of experience and contacts. You can’t just start giving tips because you like the sport.

Others fake their supposed results to make them look more impressive. Be careful about following anyone who blows their own trumpet too much. The best tipsters are used to getting it right. It is easy for anyone to claim to be a tipster on Twitter. But you need them to prove it.

If a Twitter account has very few followers, this is a bad sign. A good tipster with a strong reputation should have a decent amount of followers. Word gets around about reliable tipsters. Even a relatively new user will quickly gain followers if they are good.

In the same way, most long tipsters have been around for a long time. If the Twitter account is new then ask yourself why it has now appeared. Where have they been all this time before now? If the tipster has just moved to Twitter, they should bring their existing followers over.

We have already seen a few of the main points to bear in mind. Let’s put them together in a list to make it easier to follow.

The first account to look at here is from Hugh Taylor. He uses the Twitter handle @HughRacing for his tips. At the time of writing he has over 36,000 followers. Hugh has been on Twitter since 2010 and is very active. 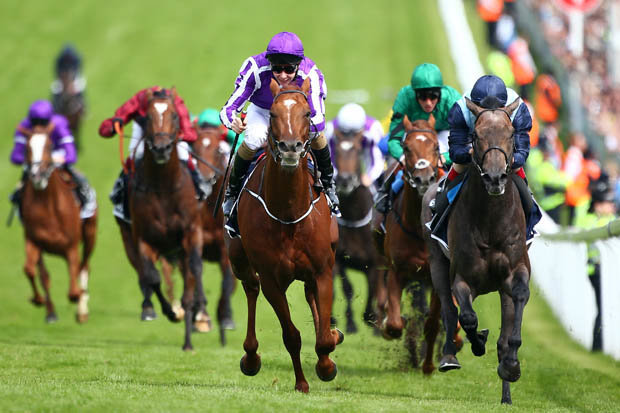 With no races just now, he has been posting quiz questions and memories. This makes for some entertaining posts. When racing is going on, he regularly posts tips on Twitter. These come in the form of links to the At the Races website that he is featured on.

His results are mixed, to be fair. However, it is worth pointing out that part of this is due to this huge fanbase. When we posts a tip, the markets move very quickly as many people follow him.

This makes it difficult to get the recommended price on his horses. You will only want to use Hugh if you are quick. You need to be ready to place your bet as soon as he tweets it. Otherwise, the opportunity for a good price will be gone.

The next name to add to the list is Kevin Blake. Posting as @kevinblake2011, he has close to 40,000 Twitter followers. He has been using the social media platform since 2010.

Kevin is a big name in the horse racing world. He has written for Betfair and appears on ITV Racing too. You can find him on At the Races as well. So he is a well-known and highly-respected tipster worth listening to.

His Twitter feed covers a lot of ground. For example, you will see links to varied articles and interviews. It is clear that he is very knowledgeable about horse racing. He also has a lot of top contacts in the industry. So his tips are usually built on something pretty solid.

This is a good Twitter account to follow if you want more than just tips. You can learn a huge amount about racing just by reading his tweets. It’s a good choice for a newcomer to racing or someone who wants to delve deeper.

Tony Keenan runs another Twitter account for you to look out for. He tweets as @RacingTrends and currently has about 14,600 followers. He opened his Twitter account in 2009, but perhaps isn’t yet as well-known as the previous experts.

Tony has a good record on predicting the outcome of horse races. He appears to be especially good on Irish races. Away from his tweeting of tips, he also writes for various sites. These include Betfair, At the Races and GeeGeez.

He has claimed some excellent wins with his tips in the past. In fact, he might be the best option on this list for some people. Part of the reason for this is that he has a smaller set of followers. So, fewer people see his tips and act on them. This stops the price being affected and value being lost.

Footie analyst Mark O’Haire has gathered over 26,000 Twitter followers since 2010. He is behind the WeLoveBetting site and also writes for sites like 188bet. 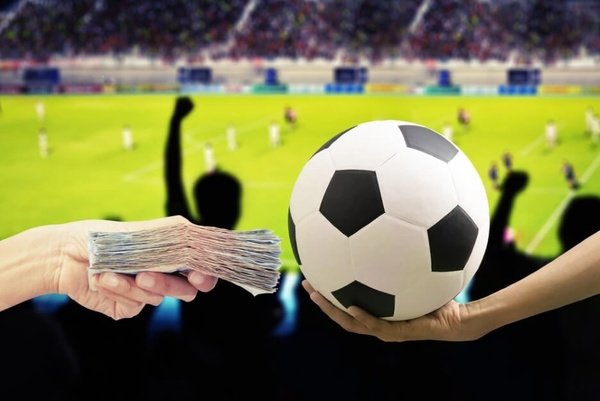 He points out a lot of useful tips in different football betting markets. For instance, he has covered a lot of Asian handicap tips. He tweets regularly too, so expect a lot of information in this way.

Mark is clearly someone whose opinion is worth listening to. It’s not all tips on his feed, though. You will see lots of interesting statistics and throwback videos too. This means it is pretty entertaining to follow him.

We looked at Mark O’Haire earlier. Well, this is the account for the betting company he runs. This account started in 2012 and has 21,000 followers to date.

There is a lot of useful information and tips on here. With no football going on in most leagues, there is mainly throwback fun just now. However, they are also keeping up with the action in the Belarus league.

There are various contributors to this account. It isn’t just a copy of Mark’s own Twitter. This means a nice variety of opinions and tips are to be seen here. You could easily follow this and his personal account too if you want to.

This one is a bit different, as it isn’t really from a tipster. Matchbook is a betting exchange that also has a Twitter account. They have over 28,000 followers and have been active since 2011.

While they aren’t tipsters, they tweet some interesting stuff. They cover different sports and are strong on football. This means that you can find good previews in their insights section. If you like to research games, you will enjoy reading their stuff.

Among their panel of writers is football expert Mark Stinchcombe. He writes interesting articles looking forward to upcoming games. You are most likely to find simple value bets on this account. It is a sensible, straightforward approach.

With football off the table, they are focussing on the NFL just now. Most of their current tweets are about the NFL draft. If you look further back, you will see a variety of subjects covered.

This is one of the newer tipsters on the list. Pinchbet started on Twitter in 2015 and now has over 20,000 followers. They tend to stick to in-play bets in football matches. They also take their odds from Bet365 more often than not.

While this is an affiliate-based approach, it appears trustworthy. We looked earlier at why affiliate tipsters aren’t great in general. But this looks like it goes further than most in choosing tips.

The experts seem to put time into finding good bets for you to place. You can expect at least one tip a day when the leagues are up and running. It is worth taking a look at, for these reasons.

It is interesting to note that they tend to work outside the big leagues. Expect to find bets on less-glamorous matches from lower leagues around Europe.

There are some reasons for giving this approach a try. The following are a few of them to bear in mind.

This way of following tipsters has some advantages. Yet, it isn’t perfect. To fully understand it, we need to look at some of the disadvantages as well.

What to Do Next?

If you have the time to follow some of these accounts then I suggest doing so. There is a lot of information to go through. So it makes sense to get used them just now, when there is little or no action taking place.

Don’t start acting on all of their tips at once, though. It makes more sense to see how they perform for a while. You can then settle on which ones appear to be the best fit for you.

Even then, you don’t need to follow all of their tips. Work out a method that lets you choose the tips you are most convinced by.

Is This Right for Everyone?

Not everyone will be comfortable using a Twitter tipsters. You might prefer an approach that has less risk. For instance, with matched betting you aren’t running the risk of losing money.

Don’t forget that no Twitter tipster will always win. If you place bets on their tips, you will suffer losing streaks. This is simply unavoidable with any sort of tipster. This is not Matched Betting.

Having said that, these accounts can be a lot of fun too. If you love horse racing or football, you will find plenty to watch and read on here.

There are some trustworthy Twitter tipsters worth following. As long as you don’t expect constant wins, this is an easy and enjoyable way of receiving tips.

Get Reports From The Trenches on What’s Working Now

Yes, I want to transform my betting.
Featured Products

Yes, I want to transform my betting.
Subscribe For FREE Betting Systems
Get 4 FREE Low Risk Strategies That Will Help You Knock It Out Of The Park