The 1st of April 2019 was an important day for British bookies. This was when a maximum stake of £2 on Fixed Odd Betting Terminals (FOBTs) was brought in.

It was a drastic reduction from the previous limit of £100. Culture secretary Jeremy Wright said it was about “protecting vulnerable people”. Worried bookies said that they were going to have cut staff due to it.

Gloomy predictions were made that thousands of betting shops would be shut down.

Over 6 months have passed since then. Has it had the desired effect? And have bookmakers suffered the way that they had expected to? We will also take a look at whether matched betting has suffered or thrived since April. 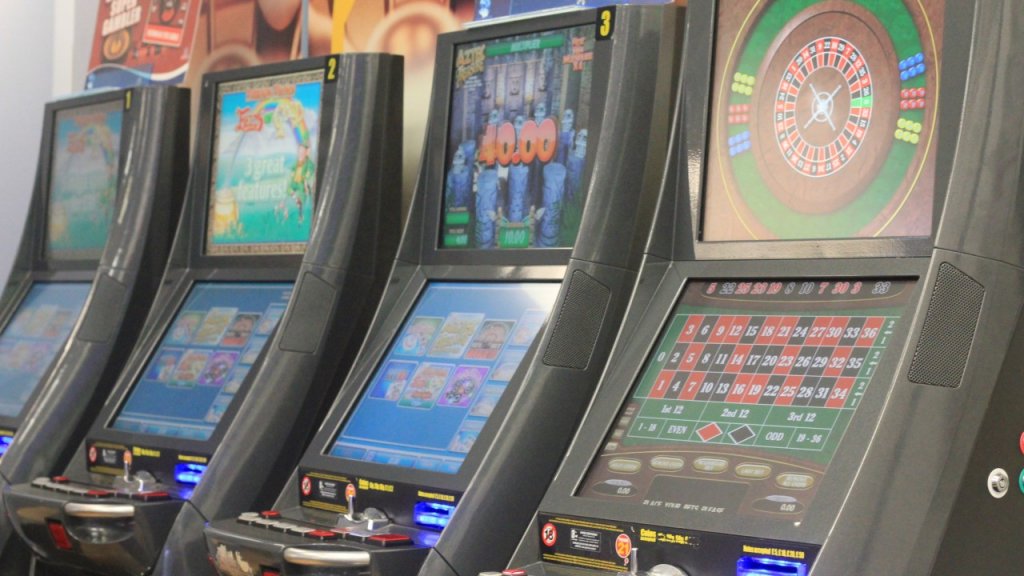 How the Bookies Have Fared?

Even before the new limit was introduced, the bookies were prepared for the worst. Ladbrokes said that they picked 71 of their shops that were likely to close. A report by the Association of British Bookmakers made for dark reading too. They predicted 4,500 closures all over the UK.

So, did any of this happen? Or was it a false alarm? Certainly, there have been casualties. But it hasn’t been as big a disaster for bookies as expected. Some betting firms have said that the effects are noticeable. However, they don’t rate it as being disastrous as they had expected.

Of the 4,500 closures predicted, how many happened? The latest predictions suggest it will eventually be around half that amount. That is still a significant amount. But it is a lot less than the numbers being suggested earlier this year.

Perhaps the most affected brand has been William Hill. In the summer, they announced 700 closures. It is clear that they have lost a lot of revenue. Part of the effect has been that they seem to have stopped casino offers.

It seems likely that they will lose market share because of this. People love offers and will look elsewhere for them if need be. So they probably will need to start up again soon. A modern bookmaker can only survive so long without good offers.

Other casinos are still doing good deals, though. This could be a sign that things aren’t as bad as initially feared. Let’s take a look at the numbers and trends in greater detail now.

The Numbers In Detail

Before the new law came into force, there were some 8,400 bookie shops spread across the UK. How many of them have survived these last 6 months?

Now, the total is reported to be some 7,200. The exact figures show a 14% drop in the number of betting shops. It is a clear negative trend, to be fair. However, it is a lot less gloomy than had been feared.

The Association of British Bookmakers has put the blame directly on the FOBT ruling. They said that the lower stake limits have “resulted in the closure of many of the country’s betting shops”.

They went on to say that small, family-run bookies have been the most affected. It was also pointed out that this isn’t the only pressure on them. Business rates, tax and declining High Street footfall are other factors that have hurt them.

What about the biggest names in the industry? If the smaller names have suffered more then how are the big fish doing?

The overall effect is clear but isn’t quite as drastic as had been expected. In fact, there are some bookies that have done better than they had feared. Many shops reported an increase in over the counter business. It seems likely that some people have switched their preferred betting method. 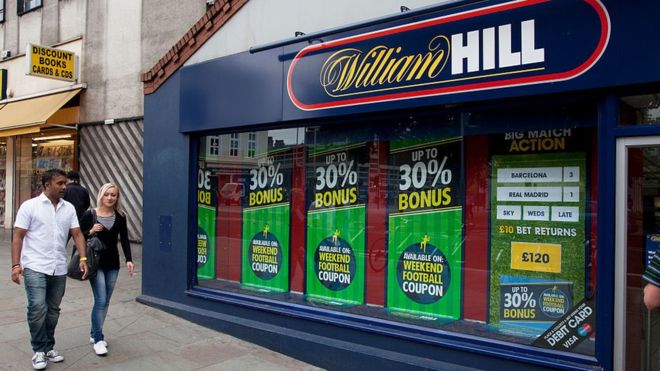 An example comes from GVC. Their net revenue on machine betting was affected. It dropped by 36% in the third quarter of 2019. On the other hand, their over the counter business rose by 7%.

This leads us to the bigger question of what people are now betting on. In the next section, we will try to work out where those FOBT stakes are now going.

Remote Gaming Duty paid by overseas operators who offer online casino games was increased from 15% to 21%. This was increased to offset lost tax revenue from the FOBT stake cut. It’s expected to bring in £130 million in 2019-2020 tax revenue and £255m the next year.

This makes the UK a less appealing place to offer casino games given the high tax rates.

When a casino offers a bonus they also have to pay tax on the bonus amount given to the customer.

It can be difficult to see an overall, big picture so soon. The six months or so since April have provided a mixture of facts and figures. There is little in terms of a clear pattern that we can be sure about.

It is best to look at these changes as part of a shifting landscape. Nothing stays the same forever. The betting industry has changed a lot this century. This is just another challenge along the way. What can we expect from bookies in the future?

It seems clear that bookies need to move with the times. The FOBT ruling has now been in place for over half a year. What do they need to do to stay competitive in this new market?

The key seems to lie in becoming more efficient. Those bookmakers that are most efficient will be those that continue to thrive. They need to find ways to replace their lost revenue.

FOBTs gave them lots of easy revenue. Perhaps it caused them to relax too much in some other areas. If that was the case, then it is time to fix it.

It could be seen as a great opportunity for the most ambitious bookies too. As we have noted, people are looking for other betting options. The bookies that meet this demand should thrive.

Does This effect Online Betting?

So far, most of the reaction has been focused on betting shops. What about online betting and casinos though? Will this be effected in any way?

The first point to bear in mind is that not all online bookies have land-based shops.

The spin reduction doesn’t hit online casino games in any way. In fact, it is possible to bet up to £500 per spin in most casinos. Online betting limits haven’t changed at all.

Those bookies that have shops are effected, though. Many of them have seen their profits fall. The FOBTs were a big money-spinner for them. It is even worse if the High Street is their one and only revenue source. A lot of bookies relied too heavily on FOBTs.

What might happen is that many more players now go online. If they aren’t happy with the new FOBT limits they could decide to switch. The bigger betting limits and added convenience make this an easy move to make.

I can’t see any clear figures for online casinos yet for this year. The revenue reports tend to take a while to come out in this industry. Some of the individual operators have reported mixed figures to date, though.

It seems likely that we see a notable increase in online gambling by the end of this year. It may take some time for everyone to adapt. But it seems the most likely outcome.

Has It effected Matched Betting?

The last big question is whether the FOBT stake restrictions have effected matched betting. After all, this strategy requires good offers to make it work. If the bookies are struggling then their offers could be poorer.

The tax increases have had some effect, the following bookmakers have closed up to UK players / closed down completely: –

There’s also a list of smaller casinos that have closed their doors to UK players & others that have decreased their welcome bonuses. The huge hike in tax means it’s no longer worth while competing in the UK market.

Less bookmakers means less bonuses. A few years back both 188 Bet & Bet Bright had lots of good deals on frequently.

William Hill is another case mentioned earlier. They seem to have stopped their offers across sports / all sections on the casino site. However, I assume this is just a knee jerk reaction. If they start losing market share I’m sure they will start becoming a lot more competitive.

We have seen some difference in Corals and Ladbrokes offers, or the lack of them. It isn’t that big a deal. Yet, the more great offers we can find the better. So, we can only hope that the bookies get their act together.

If Hills & co can become more efficient they will make more money. This will allow them to offer more competitive deals again.

It’s not all doom and gloom though. The Profit Maximiser calendar is still full to the brim of daily deals, there’s been over 150 posted over the last 7 days alone.

Better offers help everyone. The bookies marketing becomes more effective if they are offering something decent, they also build up goodwill with their users. The majority of punters don’t make the most of their free bets or spins. They tend to fritter the bonuses away after joining a site.

The people who carry out matched betting are the exception. With more good offers, we can make more money every month. It really benefits us if the bookies are in a strong enough position to offer worthwhile deals.

The reduction of the FOBT stakes has undoubtedly affected the betting industry including Matched Bettors. To date, the negative impact has been a bit lower than feared.

As with any big change, it is all about seeking out new opportunities. For the bookies, this means one of two things. They can benefit from people returning to old-fashioned, over the counter betting. They could also make their online presence more enticing.

As for people who want to make money, what can they do? Matched betting remains the best way to beat the bookies. This is something that evolves to deal with any sort of situation. So it is unlikely to disappear anytime soon.

Get Reports From The Trenches on What’s Working Now

Your account will be transferred to Jackpot247 from Tuesday, 12 November 2019. If you have not done so already, we kindly ask you to log in to your Vernons account and take note of the email address and username you are using, plus your password. You will need these to access the new casino in a few days’ time.

Yes, I want to transform my betting.
Featured Products

Yes, I want to transform my betting.
Subscribe For FREE Betting Systems
Get 4 FREE Low Risk Strategies That Will Help You Knock It Out Of The Park